Did you know that more than three out of four Americans suffer from some form of periodontal disease today? This condition (also commonly referred to as gum disease) may seem harmless enough in its earliest stages, but if it’s allowed to progress too far without being treated, it could lead to potentially dangerous consequences for your smile, including the loss of teeth. Research has even shown that periodontal disease can contribute negatively to ailments like cardiovascular disease and diabetes. At Desert Springs Dental in Gilbert, AZ, we take the threat of periodontal disease very seriously. That’s why we’ve invested in laser dentistry technology as an effective, convenient, and virtually painless method of restoring health to your mouth and helping you smile brighter.

What are the Symptoms of Gum Disease? 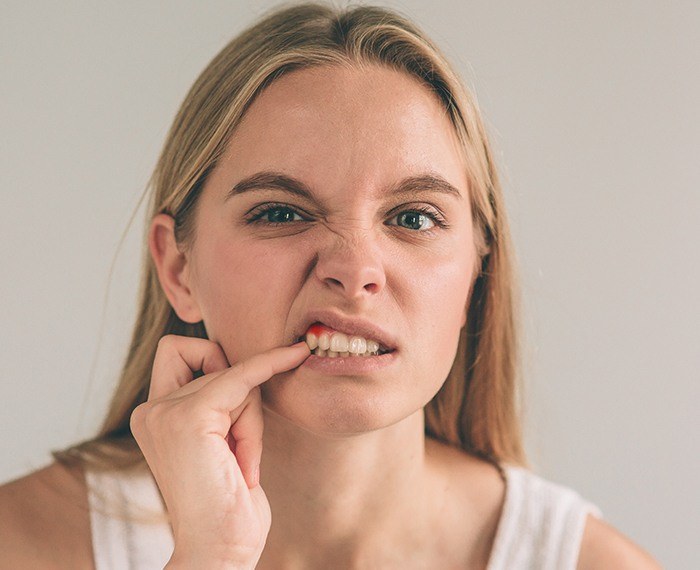 Common symptoms of periodontal disease include:

Of course, it’s also important to remember that in some cases, symptoms won’t manifest until periodontal disease has reached its most advanced stages. That’s why it’s important to attend thorough check-ups every six months with Dr. Condie! Our team will be happy to keep an eye on your smile.

Scaling and root planing is a two-step process that we use to minimize the presence of harmful oral bacteria in the mouth to help your body fight off the oral infection. First, Dr. Condie will remove all plaque and tartar buildup from the surface of your teeth, as far down as the gums. Then, she’ll smooth out the roots of the teeth to allow your gums to healthily reattach and provide them with protection. 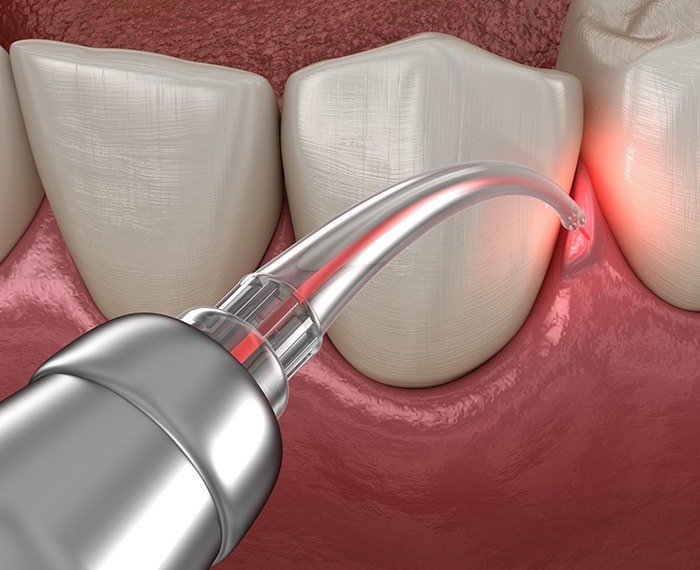 We strive to offer patients the latest in dental technology here at Desert Springs Dental, and when you undergo periodontal treatment, you’ll get to experience one of our latest and greatest tools: a soft tissue laser! Rather than relying on a scalpel, our soft tissue laser can remove infection less invasively and in a far more comfortable way. It’ll even seal the cleansed site with a blood clot, meaning that you heal faster and won’t have to return to have any stitches removed later on. You’ll be amazed by how simple the entire process is! 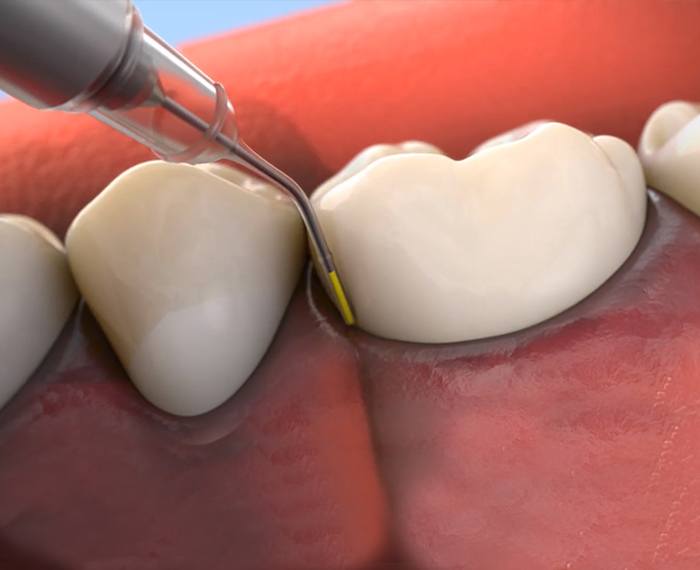 Arestin antibiotic therapy provides a sustained release of an antibiotic to put up a lasting fight against harmful oral bacteria causing your gum disease. After scaling and root planing, we’ll place Arestin in the pockets of your gums to directly fight the issue for 14 days. Because it’s locally applied directly to the gum pockets, the rest of your body won’t be exposed to the antibiotics and you won’t need to swallow any pills.